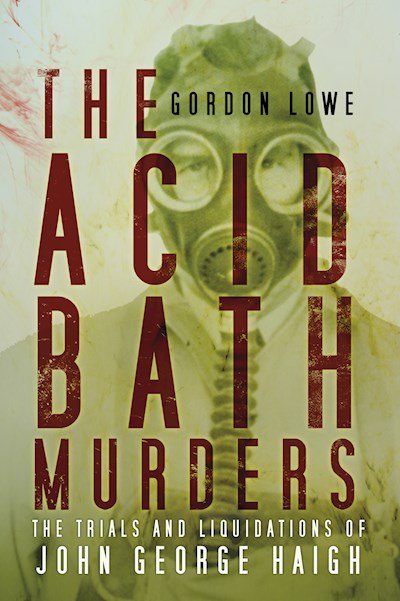 John George Haigh committed five perfect murders – by dissolving his wealthy victims in sulphuric acid. Then he tipped away the resultant soup to avoid detection on a ‘no body, no murder’ principle and used his victims’ property to fund his luxury lifestyle of silk ties and flashy cars. Murder number six was less than perfect. When a guest in Haigh’s hotel disappeared, the police found half-dissolved body parts carelessly thrown into the yard outside his secluded workshop. But was the urbane Mr Haigh, the man brought up by strict Plymouth Brethren parents in Yorkshire and dressed like a city stockbroker, really the monster he said he was? Did he really kill six innocent people just so he could drink their blood? Using unpublished archive papers, including recently released letters Haigh wrote from prison while awaiting execution, author Gordon Lowe sheds light on whether Haigh’s claims were a cynical ploy for a ticket into Broadmoor Hospital, or if he was a psychopathic vampire with a penchant for disposing of his victims in acid.