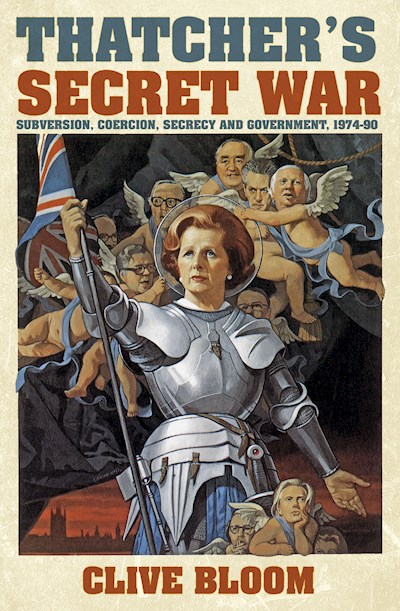 Margaret Thatcher remains one of the United Kingdom’s most polarising prime ministers. This provocative investigation sheds new light on the secret, internal ‘cold war’ that the Iron Lady and her government waged against ‘the enemy within’: anti-nuclear, new age and ecology campaigners; poll tax protesters; trade unionists at GCHQ and striking miners; feminists and homosexuals; Scottish nationalists; Ken Livingstone and the GLC; Derek Hatton and the city councillors of Liverpool; protesters and rioters in Brixton, Toxteth and Broadwater Farm; the far right; the EU; and the IRA – among others. It was a campaign fuelled by paranoia on both the left and right of the political spectrum and fought with corruption, black propaganda, dirty tricks and even murder. Expertly juxtaposing notable events with today’s political arena, author Clive Bloom surmises that the United Kingdom is rapidly changing and that although Thatcher’s ideals seem to have vanished, one remains: the power and importance of the extra-parliamentary state and its surveillance methods and hidden powers in a new age of terrorism. Thatcher’s Secret War provides a timely, critical and compelling study of a deeply complex and controversial premiership. Accessible, fascinating and compulsive, this is a book that may well ruffle feathers and rattle cages. Longlisted for the 'Bread and Roses Award for Radical Publishing' in 2016.