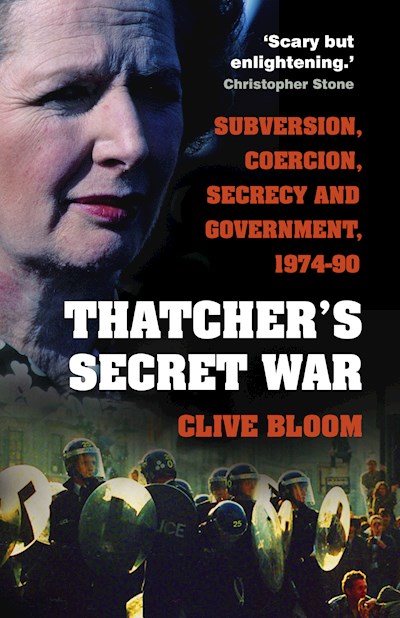 ‘This fascinating, revealing and engagingly written book gets to the heart of the secret state and undemocratic hidden political power through which UK citizens are today primarily ruled.’ Mark Curtis, author of Secret Affairs, Web of Deceit and Unpeople

Margaret Thatcher remains one of the United Kingdom’s most polarising prime ministers. This provocative investigation sheds light on the secret, internal ‘cold war’ that she waged against ‘the enemy within’; everyone she could not see eye to eye with. It was a campaign fuelled by paranoia on both the left and right of the political spectrum and fought with corruption, black propaganda, dirty tricks and even murder.

Expertly juxtaposing notable events with today’s political arena, this new and updated edition of Thatcher’s Secret War surmises that although Thatcher’s ideals seem to have vanished, one remains: the power and importance of the extra parliamentary state and its surveillance methods and hidden powers in a new age of terrorism.