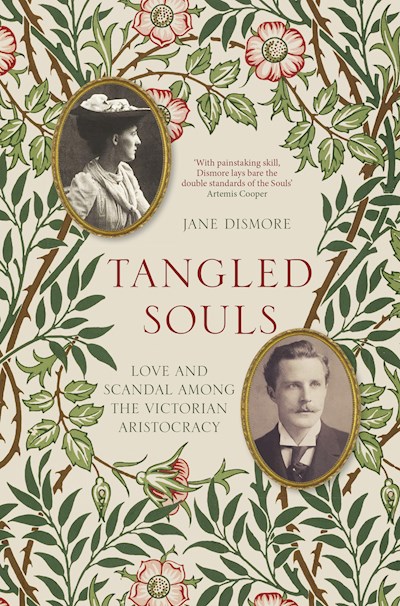 Outrageously handsome, witty and clever, Harry Cust was reputed to be one of the great womanisers of the late Victorian era. In 1893, while a Member of Parliament, he caused public scandal by his affair with artist and poet Nina Welby Gregory. When she revealed she was pregnant, horror swept through their circle known as ‘the Souls', a cultured, mostly aristocratic group of writers, artists and politicians who also rubbed shoulders with luminaries such as Oscar Wilde and H. G. Wells.

For the rest of their lives, Harry and Nina would fight to rebuild their reputations and maintain the marriage they were pressurised to enter. In Tangled Souls, acclaimed biographer Jane Dismore tells the tumultuous story of the romance which threatened to tear apart this distinguished group of friends, revealing pre-war society at its most colourful and most conflicted.