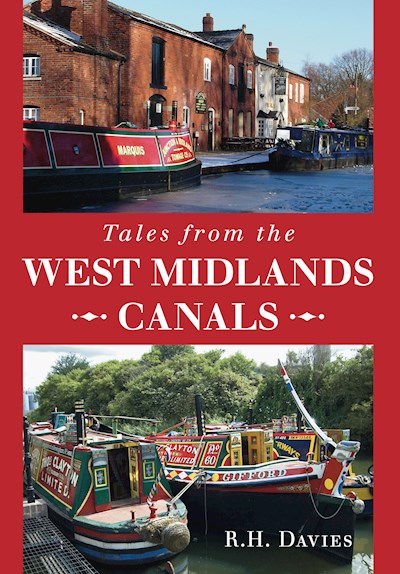 Beginning with the early days of canals in the West Midlands, tracing the work of the Lunar Society, including members Boulton and Watt, and the Earls of Dudley, Robert Davies follows the changing patterns of these waterways over 200 years of history. This illustrated book tells the story of change across the generations through the experiences and voices of the people who lived and worked along the canal banks; some of the colourful local characters include Thomas Claytons’ captain John Blunne, canal ‘Bevin Boy’ Arthur Duffield, canal worker Hetty Seymour and the notorious towpath-trained ‘Tipton Slasher’, bare-knuckle champion boxer and canal worker. Also looking at the boat builders, including Waltons Boatyard, the tub boat canals of Shropshire and the Ocker Hill BCN depot, the book brings the story up to date with the recent Dudley Canal celebrations, including the 150th anniversary at Netherton Tunnel, and the IWA National at Wolverhampton.