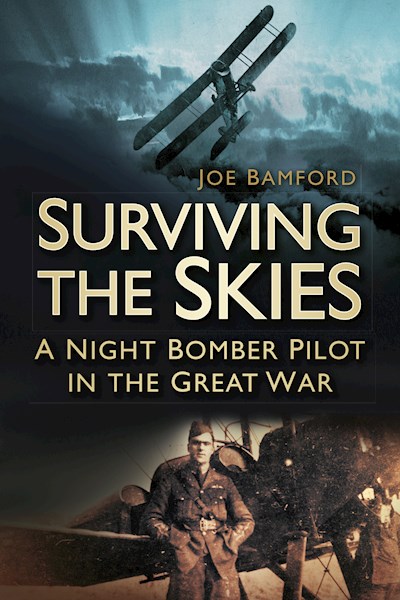 Captain Stephen Wynn Vickers joined the Cheshire Regiment in August 1914, but after being badly wounded he remustered to the RFC (Royal Flying Corps). While other young pilots were killed or injured almost as soon as they got their wings, Captain Vickers survived numerous crash and forced landings. He joined 101 Squadron in 1917 and completed seventy-three sorties over enemy territory before being repatriated in May 1918 and awarded the newly inaugurated DFC, as well as the MC. With the war drawing to a close, he became a flying instructor at an RAF station in Lincolnshire, but he did not live long enough to receive either his medals or the distinction that he deserved. Making use of an array of unpublished material, including original images and information collected directly from Vickers' family, former RAF air traffic controller Joe Bamford recounts on of the final original stories of the First World War night bombers.