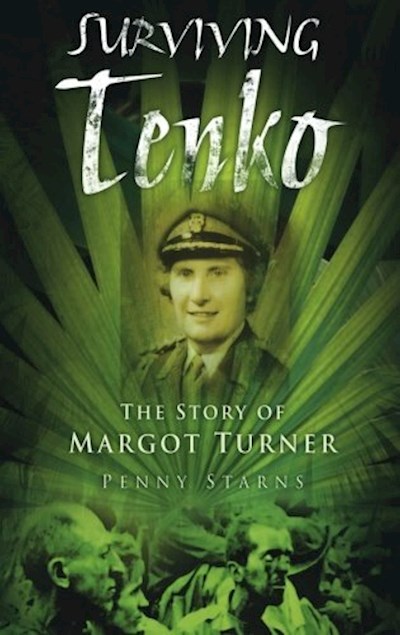 The dramatic tale of Margot Turner's survival as a prisoner of war during the Pacific conflict of the Second World War inspired the 1980s television series Tenko. The cargo ship on which she was evacuated from Singapore in 1942 was shelled, leaving her on a makeshift raft with sixteen other survivors. One by one they perished, leaving her along, burnt black by the sun, and suffering from heat exhaustion and dehydration. Discovered by a Japanese destroyer, she was imprisoned on Banka Island and nursed back to health by nuns. A nurse by profession, Margot was initially permitted to help run the operating theatre on her recovery, when, unexpectedly she was arrested by the dreaded Kempeitai and thrown into Palembang jail. There, crammed with murderers and rapists in a filthy cell, she spent six months living in daily fear of joining the many prisoners who were noisily tortured and executed, before being returned to the prisoner-of-war camps for the duration of the war. In this, the first biography for forty years, Penny Starns describes the often horrific but occasionally heart-warming experiences of this unbreakable woman who, not content with surviving the war, went on to become a brigadier and matron-in-chief of the British Army nursing services. Using recently released material from the National Archives and Turner's own words, Starns re-analyses the Pacific conflict against a backdrop of one person's incredible fortitude and strength, and brings the story of a remarkable woman to life.