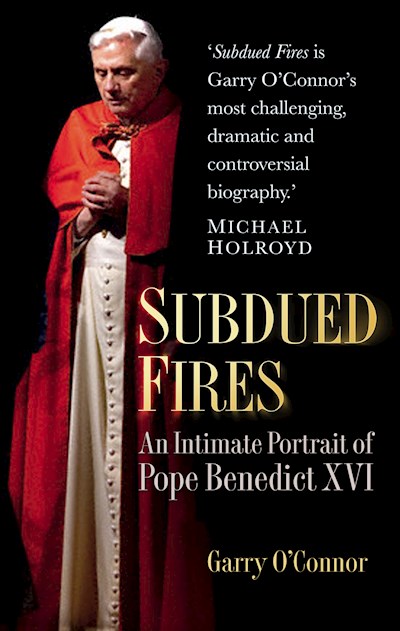 Omaha Beach, June 6, 2004. A delegation sent by John Paul II from the Vatican to commemorate the 60th anniversary of D-Day is headed by Joseph Ratzinger, a former Nazi youth who, while resident in Rome for the previous 23 years, is known as ‘The Panzer Cardinal’. Ratzinger insisted on being at the commemoration. Garry O’Connor’s biography begins here. And what is revealed from that point is an extraordinary figure, a man who a year later would be Pope, something no one predicted, at the age of 78. How did 12 years of Nazi rule affect the young Ratzinger? Did it inform his stand on religious persecution; famine and poverty; war and its consequences; climate change; stem-cell research and biological engineering; marriage and the family; abuse by priests; abortion, contraception, women priests, homosexuality, declining ordinations and Church attendance in Western Europe? And is it relevant to his astonishing resignation in February 2013? There is no one better qualified than Gary O’Connor, author of the international best seller, Universal Father: a Life of Pope John Paul II, to tell this remarkable story.