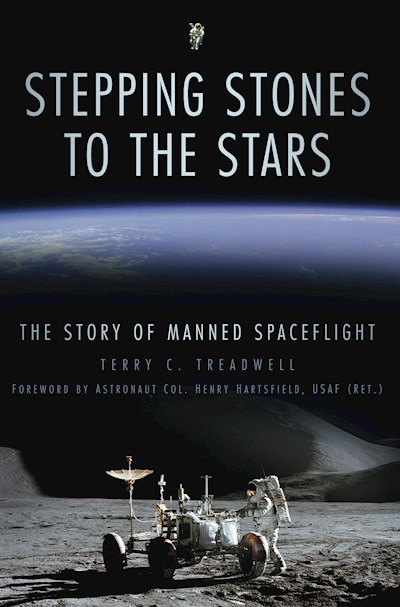 Stepping Stones to the Stars is the story of manned spaceflight from its inception to the era of the Space Shuttle. It begins with a short history of the evolution of the rocket, before describing the first manned rocket flights by both the Americans and the Russians. There is also the little-known story of what is thought to be the earliest manned rocket flight, said to have taken place in 1933 on the island of Rügen in the Baltic under the control of the German War Ministry. The story continues through Yuri Gagarin becoming the first person in space and Neil Armstrong’s ‘giant leap for mankind’ to the first space stations, Skylab, Salyut and Mir. With the development of the Shuttle, the USA moved ahead in the ‘space race,’ but the Americans and Russians soon realised that it was easier to co-operate than compete, and the two nations began to work together for the first time. Terry C. Treadwell’s book is a non-technical history of human spaceflight, that tells the exciting and dramatic story of how we took our early steps towards the stars.