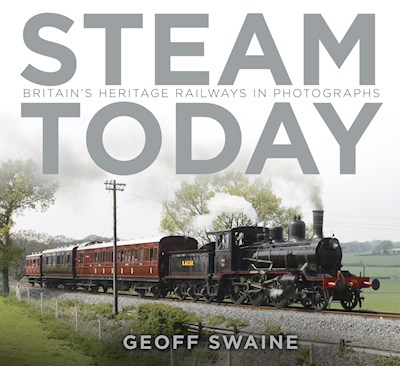 In the 1960s, as steam locomotives were being hurriedly removed from Britain’s railways, a band of enthusiasts formed to save what they could. In the process, they laid the tracks for the thriving network that is the British heritage railway scene today. To showcase this living industrial museum, photographer Geoff Swaine has selected over 200 photographs of Britain’s heritage railways, including the Bluebell Railway to Llangollen, the Severn Valley, North York Moors, Great Western and Great Central railways, and many more. Steam Today is an evocative tribute to the engines and the people that keep our rail history in motion. Geoff Swaine embarked upon a career as a leading heritage photographer and photographic archivist after retiring from his work in architecture. He has written a number of books and articles on railways.