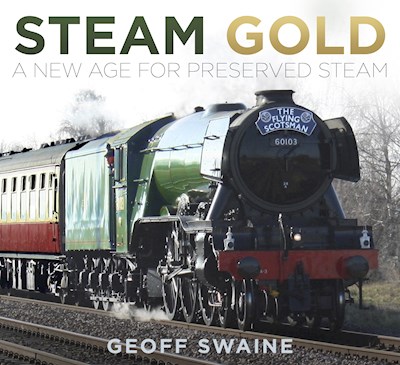 The heritage railways of Britain have taken preserved steam into a new golden age. All over the country enthusiasts flock to lavish love and attention on the preserved railways and relive bygone eras, especially the ever-popular 1940s re-enactments. But the appeal doesn’t only lie in recreating the past; this movement is also forging a new present. The Flying Scotsman ran once again on the main line in 2016 to great acclaim across the country, with crowds lining up to witness the spectacle. In a celebration of the evocative world of Britain’s heritage steam railways, Geoff Swaine reflects on the work involved in keeping the preserved railways going, as well as the history of the ‘Big Four’ and insights into many of the heritage sites, alongside an array of striking photographs that bring the preserved railways vividly to life.