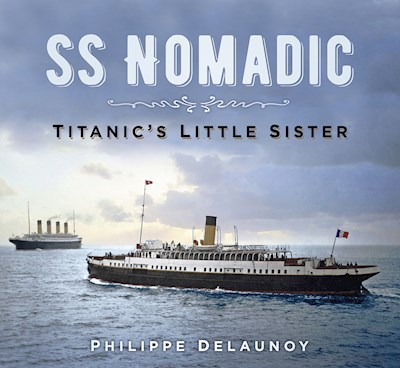 SS Nomadic was commissioned by White Star Line to serve the Olympic-class liners Olympic, Titanic and Britannic when they called in Cherbourg. Built in Belfast alongside Titanic, she was made with the same steel, built by the same workers and decorated by the same craftsmen. Because her duties were to serve first- and second-class passengers, she was fitted out far more luxuriously than other tenders of that time and she was considered by the White Star Line as a window into the sumptuous new transatlantic liners. While Titanic is commonly described as the ill-fated White Star Liner, SS Nomadic can without any doubt be qualified as the lucky tender, having survived both world wars and escaped destruction many times. She is now restored to her former glory as a tourist attraction in Belfast.