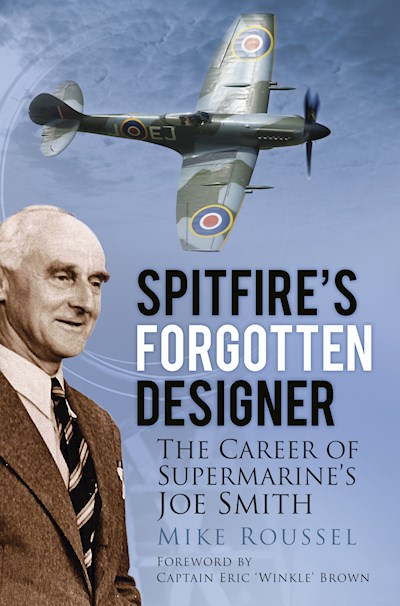 The Supermarine Spitfire was a classic design, well known for its efforts in defending British shores during the Second World War. However, while Reginald Mitchell is rightly celebrated for his original design of the Spitfire, the role of Joe Smith in the development of the Spitfire is often overlooked. Smith was an integral member of the design team from the earliest days, and on Mitchell’s death in 1937 he was appointed design office manager before becoming chief designer. Smith’s dedicated leadership in the development of the Spitfire during the war, as well as his efforts on post-war jet aircraft, deserve their place in history. Charting the fascinating history of Supermarine from 1913 to 1958, when the company ceased its operations in Southampton, shortly after Joe Smith’s death in 1956, this book tells its story through the eyes of apprentices and many other members of Smith’s team. Marvellous photographs add to the sense of what it was like to work under Joe Smith at the drawing boards of one of Britain’s most famous wartime aviation manufacturers.