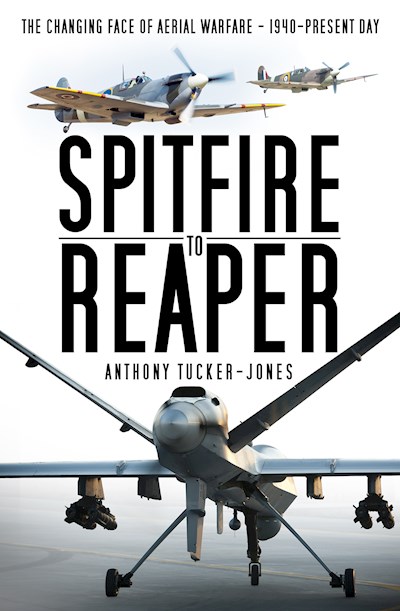 Since the Luftwaffe’s 1940 Eagle Day attack on Britain, aerial warfare and its accompanying technology has changed almost beyond recognition. The piston engine was replaced by the jet and the pilot in some cases has been completely replaced by a computer. Carpet bombing became GPS and laser pinpointed. Whereas a bomber’s greatest enemy was once fighters and flak, these dangers morphed into air-to-air and surface-to-air missiles. In this new book, Anthony Tucker-Jones charts the remarkable evolution of aerial warfare over time, from the iconic Supermarine Spitfire to the infamous unmanned Reaper drone.