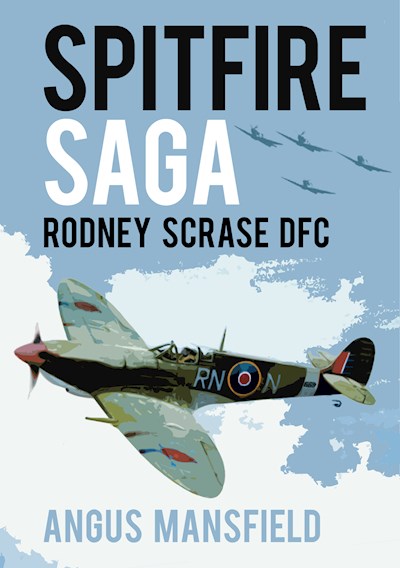 RODNEY SCRASE’s life in the RAF began in an old airship shed when he took the King’s shilling in May 1941. He learnt to fly at a British Flying Training School in America and went on to fly Spitfires with Nos 72 and 1 Squadrons, and was awarded the Distinguished Flying Cross in 1944. He was released from service with a record of four enemy aircraft destroyed and three damaged, having taken part in the invasions of North Africa, Sicily and Italy, following up with a stint as an instructor in the art of air-to-air gunnery in Egypt. He finished the war flying escort missions with No. 1 Squadron from Manston, Kent. In Spitfire Saga Angus Mansfield presents the unique story of one man’s experience of flying the most iconic aircraft of the Second World War, using Rodney’s own logbooks and first-hand interviews with him and several other pilots. Complete with thorough historical context and a selection of Rodney’s personal photographs, this book is an excellent addition to any history enthusiast’s library. A true insider’s view of life as an RAF fighter pilot.