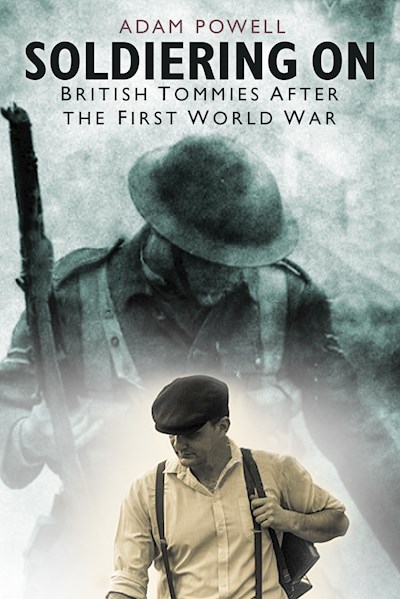 A month after the Armistice, Prime Minister David Lloyd George promised to make Britain a ‘land fi t for heroes’. At the time, it was widely believed. Returning soldiers expected decent treatment and recognition for what they had done, yet the fi ne words of 1918 were not matched by actions. The following years saw little change, as a lack of political will watered down any reform. Beggars in trench coats became a common sight in British cities. Soldiering On examines how the Lost Generation adjusted to civilian life; how they coped with physical and mental disabilities and struggled to find jobs or even communicate with their family. This is the story of men who survived the trenches only to be ignored when they came home. Using first-hand accounts, Adam Powell traces the lives of veterans from the first day of peace to the start of the Second World War, looking at the many injustices ex-servicemen bore, while celebrating the heroism they showed in the face of a world too quick to forget.