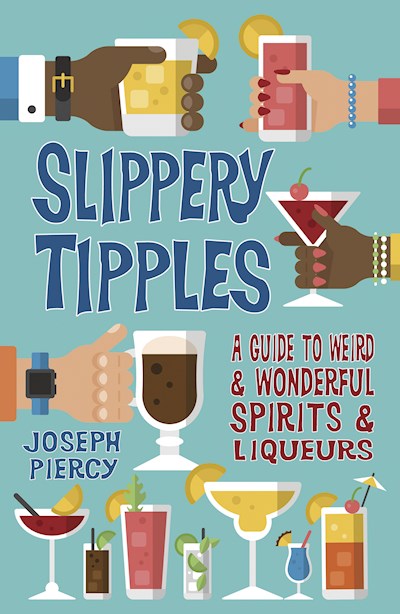 From European favourites such as Mastichato Chios, which saved 2,000 Greeks from a bloody massacre at the hands of vengeful Turks, to legendary drinks such as Amarula, invented by African elephants; from classic cocktail ingredients like Midori, the bright green Japanese melon drink launched at the wrap party for Saturday Night Fever at Studio 54, to student stalwart Jägermeister, dreamt up by a confidant of Herman Göring and hugely popular among senior Nazis, Slippery Tipples tells the stories behind the word’s most extraordinary drinks. Alongside a country-by-country guide to murky and mysterious booze and dozens of cocktail recipes is a series of easy to follow recipes for making your own liqueurs and spirits. If you would like to concoct your own fruit brandies or make a drop of traditional full-strength Pimms then this is the book for you. Joseph Piercy was born in Brighton. After spending far too long at university studying Russian Literature and Creative Writing, Joseph embarked upon a journey which took him to various parts of the world in an honest attempt to avoid anything faintly resembling a proper job. He has enjoyed an occasional drink or two along the road. - See more at: http://www.thehistorypress.co.uk/index.php/slippery-tipples.html#sthash.bmTIK1nP.dpuf

The Little Book of Pintfulness