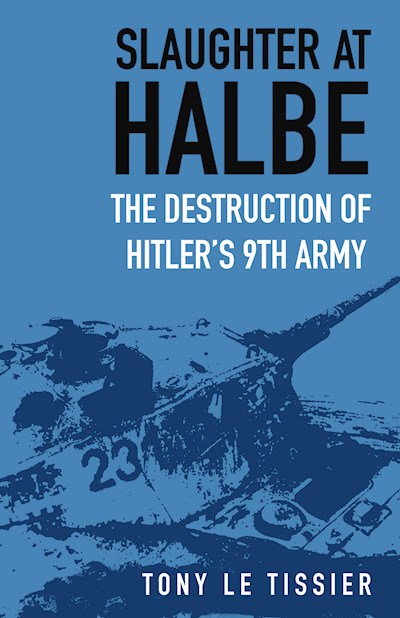 Operation ‘Berlin’, the Soviet offensive launched on 16 April 1945 by Marshals Zhukov and Koniev, isolated the German 9th Army and tens of thousands of refugees in the Spreewald ‘pocket’, south-east of Berlin. Stalin ordered its encirclement and destruction, and his subordinates, eager to win the race to the Reichstag, pushed General Busse’s 9th Army into a tiny area east of the village of Halbe.

To escape the Spreewald pocket, the remnants of 9th Army had to pass through Halbe, where barricades constructed by both sides formed formidable obstacles and the converging Soviet forces subjected the area to heavy artillery fire. By the time 9th Army eventually escaped the Soviet pincers, it had suffered 40,000 killed and 60,000 taken prisoner.

In Slaughter at Halbe, teenaged refugees recount their experiences alongside Wehrmacht and Waffen-SS veterans attempting to maintain military discipline amid the chaos and carnage of headlong retreat. Relating the story day by day, Tony Le Tissier shows the impact of total war upon soldier and civilian alike.