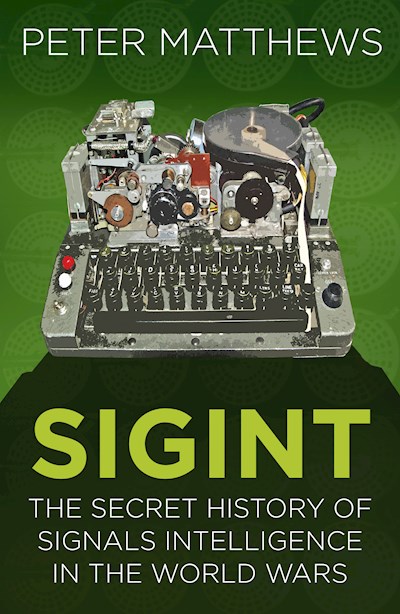 Communicating in the chaos of war is complicated, but vital. Signals intelligence makes it possible. In the First World War, a vast network of signals rapidly expanded across the globe, spawning a new breed of spies and intelligence operatives to code, de-code and analyse thousands of messages. Signallers and cryptographers in the Admiralty’s famous Room 40 paved the way for the code-breakers of Bletchley Park in the Second World War. In the ensuing war years the world battled against a web of signals intelligence that gave birth to ENIGMA, LORENZ and ULTRA, and saw agents from Britain, France, Germany, Russia, America and Japan race to outwit each other through infinitely complex codes. In SIGINT, Peter Matthews tells the little-known story of global signals intelligence from 1914 to 1945.