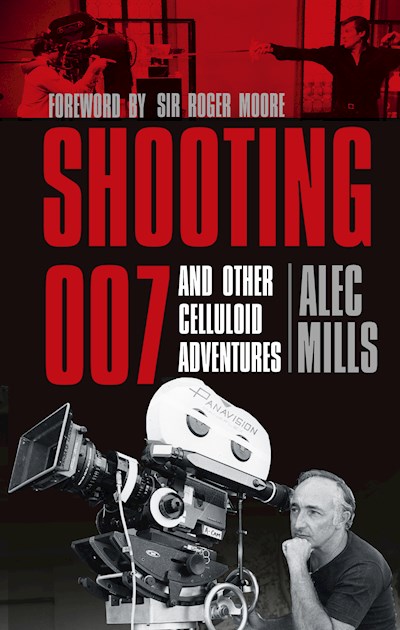 In Shooting 007, beloved cameraman and director of photography Alec Mills, a veteran of seven James Bond movies, tells the inside story of his twenty years of filming cinema’s most famous secret agent. Among many humorous and touching anecdotes, Mills reveals how he became an integral part of the Bond family as a young camera operator on 1969’s On Her Majesty’s Secret Service, how he bore the brunt of his old friend Roger Moore’s legendary on-set bantering, and how he rose to become the director of photography during Timothy Dalton’s tenure as 007. Mills also looks back on a career that took in Return of the Jedi on film and The Saint on television with wit and affection, and Shooting 007 contains many of his and Eon Productions’ unpublished behind-the-scenes photographs compiled over a lifetime of filmmaking. Featuring many of the film industry’s biggest names, this book will be a must-have for both the James Bond and British film history aficionado.