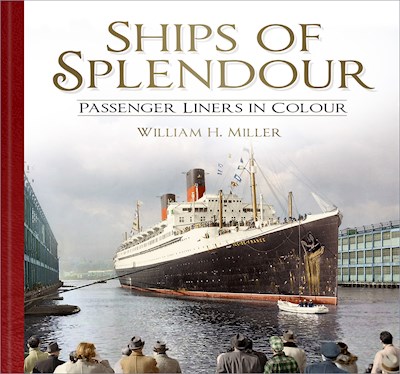 THE GREAT PASSENGER LINERS of the twentieth century make for iconic images of maritime history and design. This beautiful, full-colour book presents the development of passenger ships across the twentieth century, from the 1920s, through the 1940s, and the heyday of the 1950s and ‘60s, until the onset of the jet age. The fleet includes the famous passenger ships such as the great Cunarders, titans of the North Atlantic like the United States, France and Michelangelo, and other icons including the Southern Cross, Windsor Castle, Canberra and Oriana. Homage is also paid to the smaller liners who were just as important in shaping the history of modern seafaring, ships such as the Aureol, Batory, Guglielmo Marconi, Hanseatic, Queen of Bermuda and Willem Ruys. Replete with notes, facts and anecdotes about these ships, the history of the passenger liner is broken down ship-by-ship and decade-by-decade. These ships return to the high seas once again in superb detail and vibrant colour.