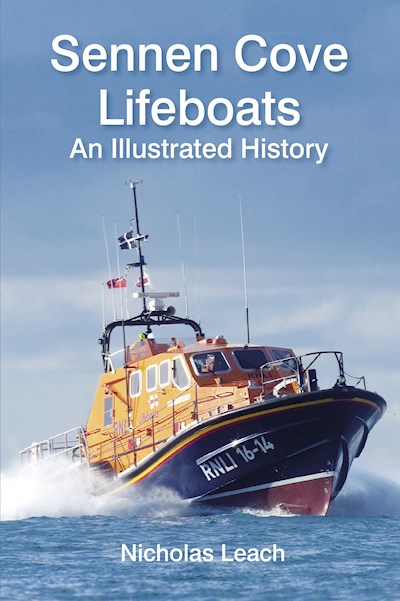 Considered one of the most treacherous areas of Britain’s coastline, Land’s End has seen many shipwrecks over the past 2,000 years. Where the waters of the Atlantic meet those of the English Channel, storms are frequent and violent and have caught out many a ship. Thousands have been dashed against the rocky granite coast. In 1853, the RNLI established a lifeboat station at nearby Sennen Cove and the people of this small Cornish village have been saving lives ever since. The crews of Sennen have saved many lives in the past 160 years, helping those in distress from sailing dinghies to the largest of cargo ships. Nicholas Leach tells the story of Sennen’s lifeboats and the volunteer lifeboat crews who have manned them in this fully revised and updated history of the lifeboat and wrecks off the tip of Cornwall.