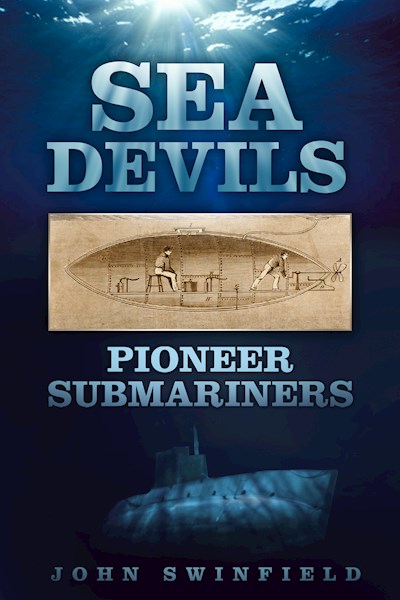 Sea Devils is a compelling account of pioneer submariners and their astonishing underwater contraptions. Some made perilous voyages. Others sank like stones. Craft were propelled by muscle-power or had steam engines with chimneys. Some had wheels to trundle along the seabed. Others were used as underwater aircraft carriers. Here John Swinfield traces the history of early submarines and the personalities who built and sailed them. From a plethora of madcap inventors emerged a bizarre machine that navies of the world reluctantly acquired but viewed with distaste. It matured into a weapon that would usurp the mighty battleship, which had for centuries enjoyed an unchallenged command of the oceans. In its long and perilous history the submarine became subject to fierce business, military and political shenanigans. It won eventual acceptance amidst the chaos and carnage of the First World War, in which pathfinder submariners achieved an extraordinarily high tally of five Victoria Crosses, Britain’s highest military decoration. Sea Devils brims with daring characters and their unflinching determination to make hazardous underwater voyages: an immensely readable, entertaining and authoritative chronicle of low cunning, high politics, wondrous heroism and appalling tragedy.