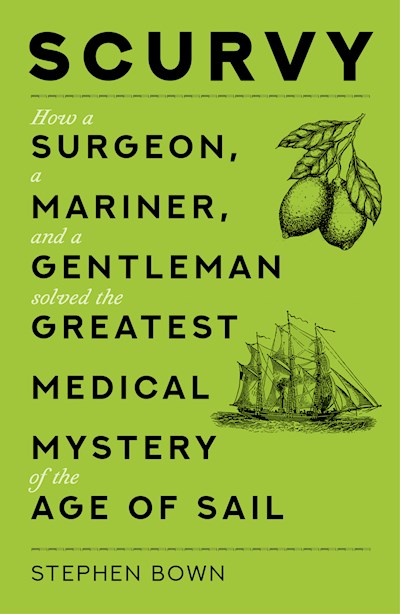 In the Age of Sail scurvy was responsible for more deaths at sea than piracy, shipwreck and all other illnesses, and its cure ranks among the greatest of military successes – yet its impact on history has mostly been ignored.

Stephen Bown searches back to the earliest recorded appearance of scurvy in the sixteenth century, to the eighteenth century when the disease was at its gum-shredding, bone-snapping worst, and to the early nineteenth century, when the preventative was finally put into service. Bown introduces us to James Lind, the navy surgeon and medical detective, whose research on the disease spawned the implementation of the cure; Captain James Cook, who successfully avoided scurvy on his epic voyages; and Gilbert Blane, whose social status and charisma won over the British Navy.

Scurvy is a lively recounting of how three determined individuals overcame the constraints of eighteenth-century thinking to solve the greatest medical mystery of their era.