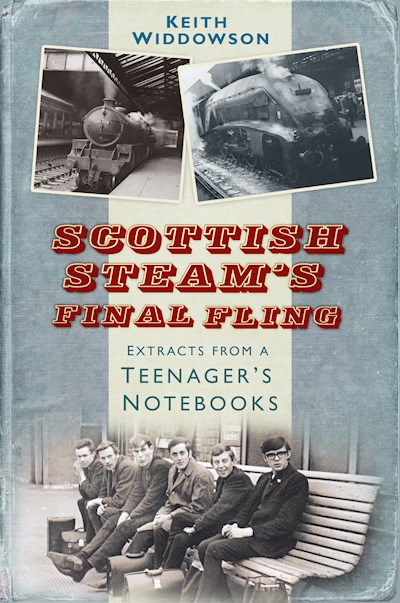 In May 1967, Scotland became the third of the six British Railways regions to dispense with the steam locomotive, bringing an iconic era of Britain’s transport heritage closer to its demise. Residing over 300 miles away, then teenaged Keith Widdowson’s pilgrimages north of the border were marathon undertakings. Abysmal overnight time keeping, missed connections, trains allegedly booked as steam but turning up as diesel – each journey could have been a disaster, but those setbacks were easily forgotten after many successes, such as in catching runs with LNER A2s, A4s, V2s and B1s, as well as BR Clans. Accompanied with brief historical data of routes and stations – many no longer extant – visited, alongside photographs from the author’s archives, this book is a collection of reminiscences from the final two years of steam that anyone with a penchant for railways will enjoy.