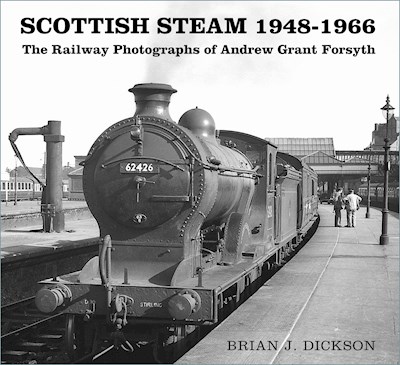 Andrew Grant Forsyth’s Scottish photographs show the changing locomotive scene throughout that country after the Nationalisation of the railways in 1948. Forsyth visited Scotland almost every year between 1948 – 1966 to take photographs of his beloved locomotive stock. Illustrated are the graceful-looking ex-Great North of Scotland 4-4-0's, the ex­ North British Railway 'Glen' and 'Scott' 4-4-0's, the Caledonian 4-4-0's and numerous 0-6-0 and tank locomotive classes remaining from both those companies. Also reproduced are many examples of the London and North Eastern Railway express locomotive fleet together with locomotives of former London Midland and Scottish Railway and examples of the post-nationalisation Standard locomotives of British Railways.