By James A. Pottinger 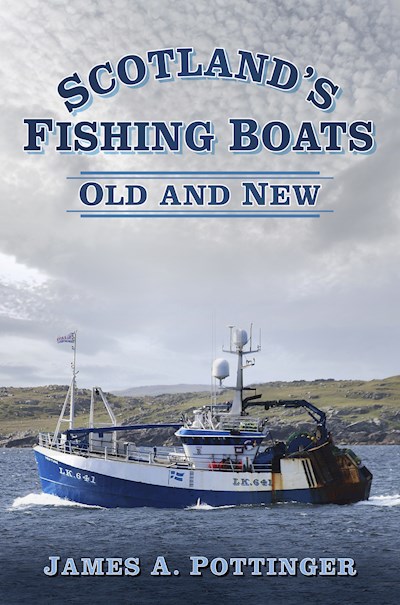 By James A. Pottinger

THE coasts of Scotland are a goldmine for fishing boats new and old, and this latest selection from James Pottinger covers a huge variety of them – from early trawlers to seine net boats, to modern twin rig side and stern trawlers. As it does so, it demonstrates the changes that evolved in the design of the boats themselves, as progress marches on: the numbers of handsome wooden boats have declined, while the smaller boats have flourished, now rigging themselves for trawling, lining and shellfish catching. With over 200 photographs, many previously unpublished, Scotland’s Fishing Boats is a photographic journey through time at a variety of locations around Scotland and the Isles.