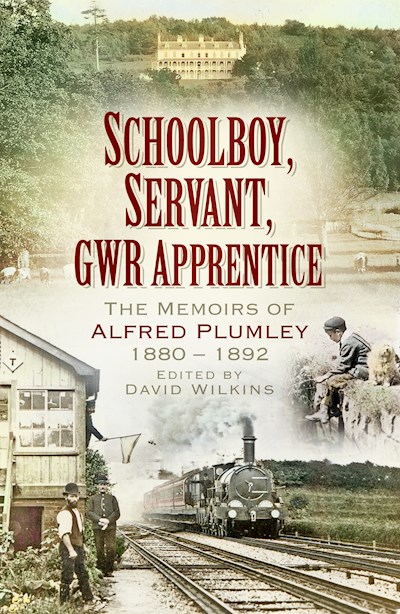 Alfred Plumley, son of a coachman, was born in 1874 in Somerset’s Mendip Hills. Written in his old age, this memoir of his youth was discovered in an auction sale. In it, Alfred vividly describes his country childhood and first job as a serving boy at the grand house on the hill above his village. At age 16, Alfred decides to improve his prospects by ‘going on the railway’ and is sent to a tiny village station on the Somerset coast. He quickly comes to love his new life and, undeterred by an unhappy temporary posting to the grim and chaotic engine yards of Bristol, ends up spending forty-five years as a GWR employee. Alfred writes charmingly, and always with the authentic voice of a West Country lad. His memoir has been edited by David Wilkins who adds just the right amount of detail to place the story in its proper historical context.