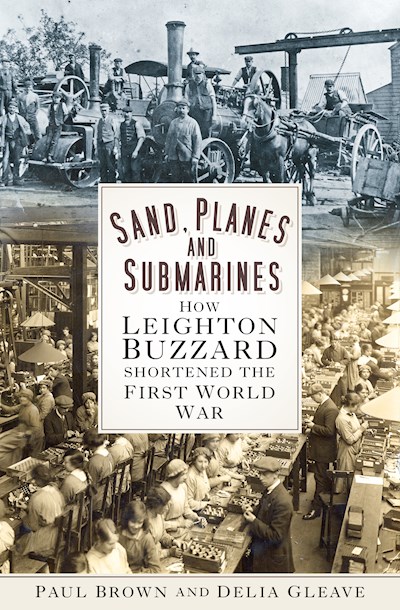 Sand, Planes and Submarines is an unlikely title for a book about the role two small towns far from the sea played in the First World War. Yet this extraordinary account tells how Leighton Buzzard and Linslade provided the means to shorten the war. Without the sand, the big guns could not have been made for the Front; the planes allowed the Royal Flying Corps to take on the superior German air force; and the submarine nets protected not only the British fleet but also the French, Italians, Americans and Russians. The two towns were changed dramatically by the war. They ceased to be the playground of the rich from London. The army requisitioned the hundreds of thoroughbred horses that had been used by the aristocracy to hunt with the Rothschilds. Among these larger themes there are many personal stories like that of the Linslade postman and his horse, Bluebell, who took part in the last great cavalry charge of the war.