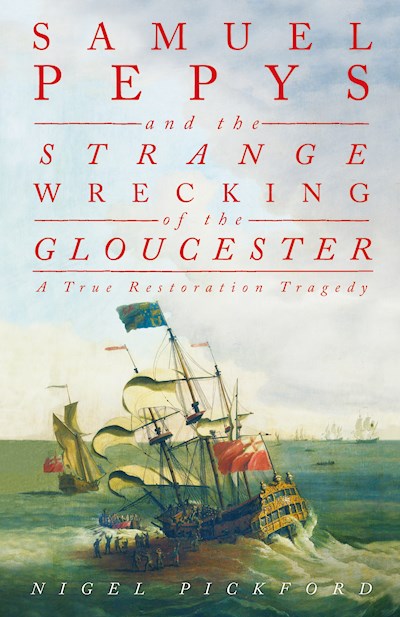 In 1682, Charles II invited his scandalous younger brother, James, Duke of York, to return from exile and take his rightful place as heir to the throne. To celebrate, the future king set sail in a fleet of eight ships destined for Edinburgh, where he would reunite with his young pregnant wife. Yet disaster struck en route, somewhere off the Norfolk coast. The royal frigate carrying James and his entourage sank, causing some two hundred sailors and courtiers to perish.

The diarist Samuel Pepys had been asked to sail with James but refused the invitation, preferring to travel in one of the other ships. Why? What did he know that others did not?

Religious and political tensions were rife in the years leading up to the wreck of the Gloucester. James was a Catholic, as was his wife, and there was a large constituency who wished them dead. Plots and conspiracies abounded. The Royal Navy was itself in disarray, badly equipped and poorly organised. Could someone on board be to blame for the sinking, either from malice or incompetence?

Nigel Pickford’s compelling account of the catastrophe draws on a richness of historical material including letters, diaries and ships’ logs, revealing for the first time the full drama and tragic consequences of a shipwreck that shook Restoration Britain.