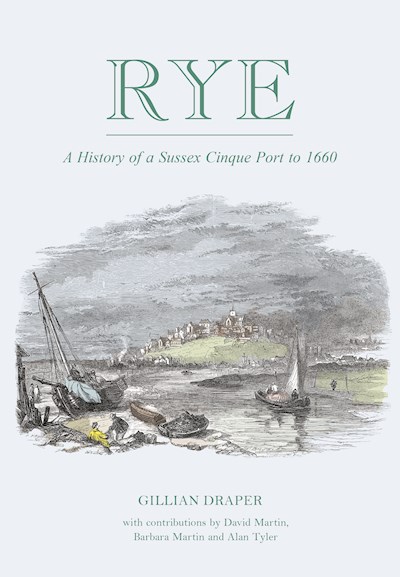 This new illustrated history traces Rye's origins from the Norman Conquest until beyond its period of great prosperity under the Tudor monarchs. Many inhabitants were fishermen on small-scale merchants and owned vessels which they supplied for the king's ship-service, transporting members of the royal family across the Channel or, in wartime, carrying horses and provisions for soldiers. In times of truce Rye's mariners turned to piracy and wrecking, disrupting the cross-Channel trade on which the town's economy also depended. During the Hundred Years War the townsfolk reinforced the defences and, in response to the huge mortality of the Black Death, they endowed an Augustinian Friary so that the brothers would pray for their health and souls. But then Rye entered a period of economic stagnation which saw the disappearance of many trades and crafts that had supported the residents and supplied mariners calling at the port. Rye's revival came towards the end of the 15th century after the harbours of nearby ports such as New Romney and Winchelsea had been damaged by storms and silting. New houses, shops, fishermen's lofts and garrets were built, public buildings were erected on the quayside and a piped water supply replaced the outlying medieval springs. Rye became a prosperous, if crowded, town and its Protestant sympathies and close links to the Continent ensured the arrival of many Huguenot refugees. For over a century Rye continued as the major port in south-east England but as its own harbour silted it was finally eclipsed by Dover in the 17th century. Rye was an Ancient Town which formed part of the important Cinque Ports confederation in the Middle Ages, yet has remained a small town 'almost suspended in time'. This fascinating account explains why modern Rye has its unique appearance and will enlighten those wanting to know more about its past.