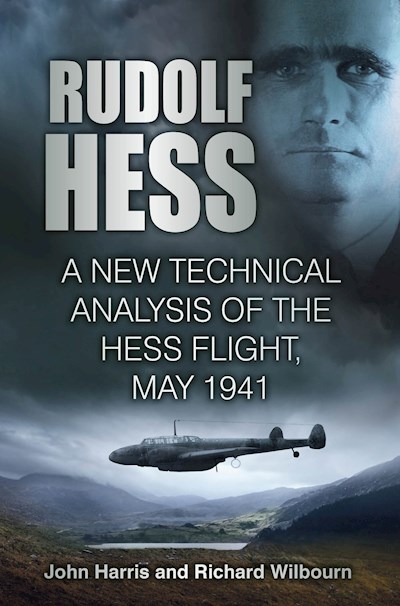 On 10 May 1941, on a whim, Hitler’s deputy Rudolf Hess flew a Messerschmitt Bf 110 to Scotland in a bizarre effort to make peace with Britain; Göring sent fighters to stop him but he was long gone. Imprisoned and tried at Nuremberg, he would die by his own hand in 1987, aged 93.

That’s the accepted explanation. Ever since, conspiracy theories have swirled around the famous mission. How strong were Hess’s connections with the British establishment, including royalty? Was the death of the king’s brother, the Duke of Kent, associated with the Hess overture for peace? In the many books written about Hess, one obvious line of enquiry has been overlooked, until now: an analysis of the flight itself – the flight plan, equipment, data sheets, navigation system.

Through their long investigation, authors John Harris and Richard Wilbourn have come to a startling conclusion: whilst the flight itself has been well recorded, the target destination has remained hidden. The implications are far reaching and lend credence to the theory that the British establishment has hidden the truth of the full extent of British/Nazi communications, in part to spare the reputations of senior members of the Royal Family. Using original photography, documentation and diagrams, Rudolf Hess sheds light on one of the most intriguing stories of the Second World War.