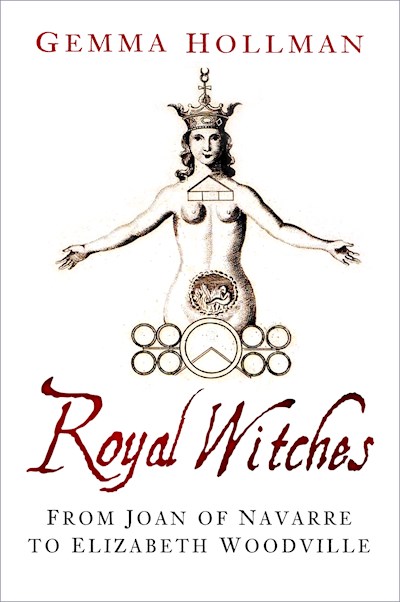 ‘Poignant, unique and thought-provoking’ – All About History

‘This introduces new readers, in the most accessible and colourful way, to a group of royal women who certainly deserve more public notice than they have hitherto received’ – Professor Ronald Hutton, author of The Witch: A History of Fear, from Ancient Times to the Present

Joan of Navarre was the richest woman in the land, at a time when war-torn England was penniless.

Eleanor Cobham was the wife of a weak king’s uncle – and her husband was about to fall from grace.

Jacquetta Woodville was a personal enemy of Warwick the Kingmaker, who was about to take his revenge.

Elizabeth Woodville was the widowed mother of a child king, fighting Richard III for her children’s lives.

Often seen as the more easily manipulated pieces on the political chessboard, women – especially those with power or influence – were often subjected to rumour, scandal and intrigue directed by the men who sought to control them. In Royal Witches, Gemma Hollman explores the lives of these four unique women, looking at how rumours of witchcraft brought them to their knees in an era when superstition and suspicion was rife.