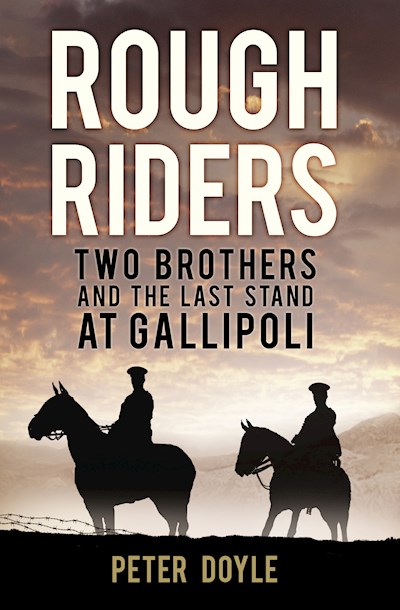 Frank and Percy Talley of the 1st City of London Yeomanry (Rough Riders) were destined to leave England to take part in the last, and most costly, single-day battle of the Gallipoli Campaign, on 21 August 1915. In never-before published letters, the Talley brothers describe their training in England and their move to the East Coast to man the trenches there during the invasion scare of 1914 and the Zeppelin attack at Great Yarmouth. Their letters provide a rare insight into the activities of the yeomen in preparing for war, their transportation to Egypt and Suez and their expectation that they would be used in action at Gallipoli. After walking into a maelstrom of fire on 21 August 1915, the trooper-brothers were separated; each wrote home not knowing whether the other had survived. Both were wounded. Their letters from the Suvla trenches are brief but telling – the last, desperate battle for Gallipoli as seen through the eyes of two brothers from London.