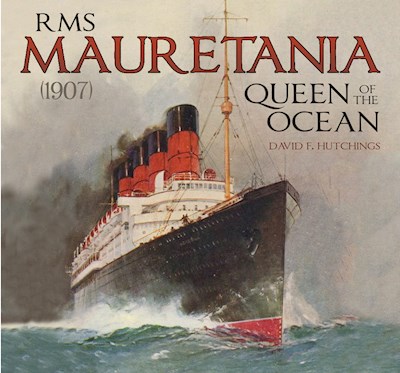 FIVE YEARS in the making, RMS Mauretania and her sister the Lusitania represented a new era in British shipbuilding. Ostensibly built to compete against record-breaking German behemoths, the Mauretania was not only one of the first major ships to be turbine-driven or have four propellers – she was the largest moving structure ever to have been created by man at that time. And, soon enough, she would become the fastest as well. But the Mauretania wasn’t just built for luxury. When war was declared in August 1914, she was pressed into service as a troop- and hospital ship. Where once she had carried society ladies, she now carried soldiers. Intensely researched and with over 100 photographs and illustrations, RMS Mauretania (1907): Queen of the Ocean is the definitive book on this most remarkable liner.