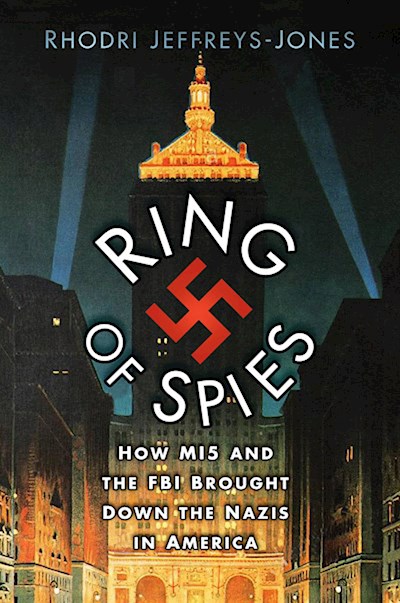 In 1935–37 America passed several Neutrality Acts, vowing never again to take sides in a European conflict. In 1938 public attitudes changed, with the American people beginning to favour Britain and turn against Germany – but what caused this shift of opinion? One reason was the tip-off received by the FBI on the eve of the Second World War, which led to the exposure of a Nazi spy ring operating right there in America. The FBI was able to bring the group to justice and launch a campaign to warn the American people about the Nazi threat to their shores and society. In Ring of Spies, Rhodri Jeffreys-Jones reveals how this case helped to awaken America to the Nazi menace, and how it skewed American opinion, thus spelling the end of US neutrality. Using evidence from FBI files he uncovers a story straight out of a detective novel, featuring honey traps, fast cars and double agents.