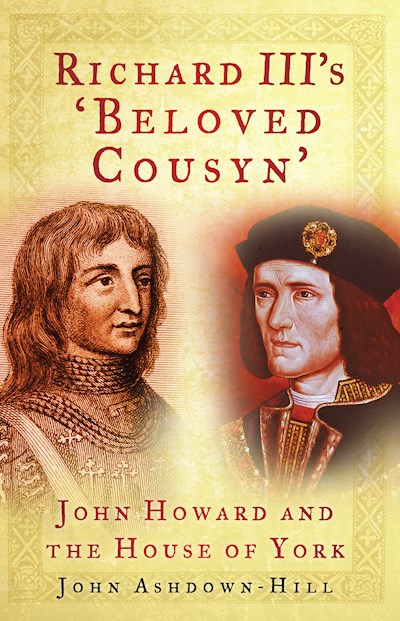 In 1455 John Howard was an untitled and relatively obscure Suffolk gentleman. At the time of his death at the Battle of Bosworth Field in 1485 he was Earl Marshal, Duke of Norfolk, Lord Admiral and a very rich man. How had he attained these elevations? Through his service to the House of York, and in particular to Richard III during the setting aside of Edward V, John Ashdown-Hill examines why he chose to support Richard, even at the cost of his life; what secrets he knew about Edward IV; what he had to do with the fate of the ‘Princes in the Tower’; and what naval innovations, hitherto ascribed to the Tudors, he introduced. Based on original research and containing previously unpublished material, Richard III’s ‘Beloved Cousyn’ is an important contribution to Ricardian scholarship.