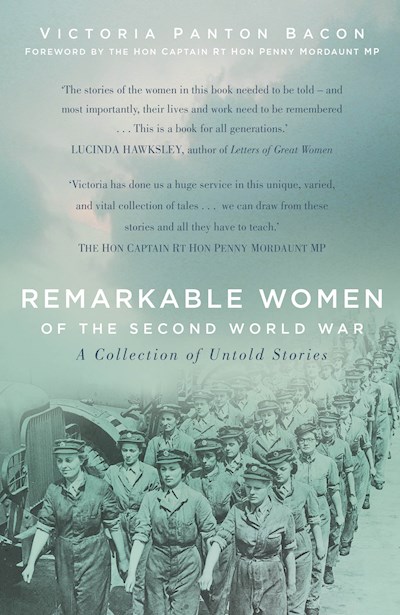 During the Second World War, women kept society going, acting as carers, nurses, cleaners and teachers; or stepping in where men had gone, taking up such positions as engineers, farm labourers, factory workers, drivers and intelligence experts. This new collection of stories contains twelve true testimonies of women who lived through these years, either given directly to Victoria Panton Bacon, or shared through unpublished documents by family members especially for this book. The stories include a farmworker in the Women’s Land Army, a child evacuee whose east London home was destroyed, a Lady Almoner caring for needy families at Great Ormond Street Hospital, an Air Transport Auxiliary aircraft engineer and a Dutch woman who was a child in hiding, whose mother was deported, and she never saw again. Each story represents millions of ordinary women doing extraordinary things, long before the days of political exposure or campaign.