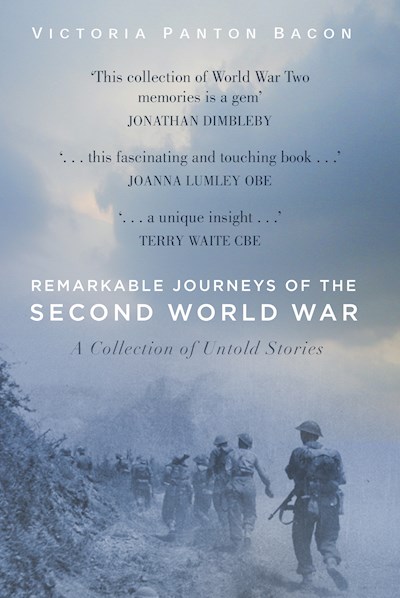 Those who lived through the Second World War have many stories of bravery, sadness, horror, doubt and longing. Inspired by conversations with a wide range of veterans following the publication of her grandfather’s wartime memoir, Victoria Panton Bacon has gathered a moving collection of their experiences. Their recollections tell of a different time and reveal the courage, actions and sentiments of those whose wartime experiences changed the course of history; stories of ordinary people who lived under the long shadows cast by the war and whose young lives were changed irrevocably. Though many tales are sad, describing being sent into war and the loss of friends and family, there are also stories of joy and love found in the darkest of times. For them, war, the ultimate leveller, threw them into remarkable times, whether they were a merchant seaman, army officer, pilot, young Jewish girl, code breaker or Home Guard recruit. From one extraordinary story to the next, Remarkable Journeys of the Second World War immerses the reader in the lives of real people who lived through conflict.