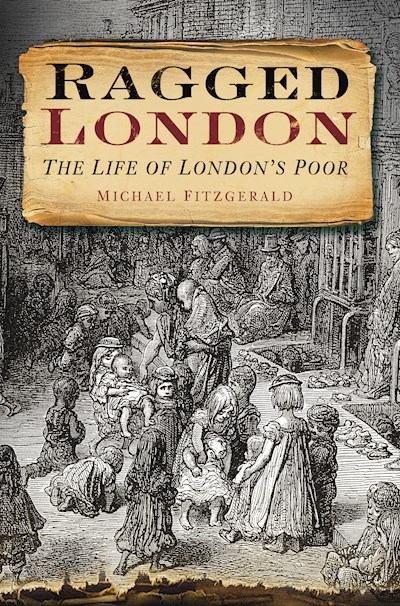 Ragged London describes life in the rookeries of London, where forty people would live together in one room. Although life was a constant struggle against famine, disease and violence, the people enjoyed a closeness that was more than the result of overcrowding. Their lives were lived entirely within the ‘mean streets’ of their little corner of London. They were born and raised within the rookeries, earned their meagre living there, enjoyed life as best they could, dressed in the latest fashion, got married, had children, died and were buried there. The lack of cooking facilities led to them inventing the takeaway, and there was absolutely no sanitation. In the poorest district of all, St Giles, only a single water pump serviced the entire population. It was a closed world, although the population explosion of nineteenth-century London led to millions of new arrivals in the already-congested rookery districts. The areas were lawless to a degree that dwarfs contemporary concerns about crime. Though life was cheap in the rookeries, they produced some of the best soldiers and sailors in the British armed forces.