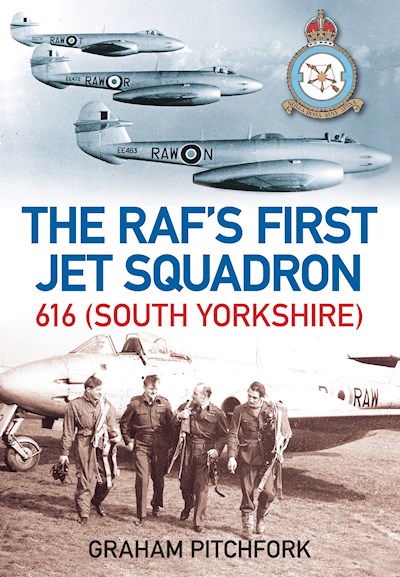 16 Squadron, was, in November 1938, one of the last of the RAF's auxiliary squadrons to be formed, being based at RAF Finningley. Designated a fighter unit, its Spitfires flew with distinction over Dunkirk, during the Battle of Britain, as part of the Bader Wing based at Tangmere and in support of the Dieppe Raid. Then in 1944, it was equipped with the Gloster Meteor jet to intercept German V-1 flying bombs. Later it was used in a ground attack role in Europe towards the end of the war. Disbanded in 1945, with the other auxiliary squadrons it was reformed in 1946, 616 again recruiting from the South Yorkshire area. With the other auxiliary squadrons, it was finally stood down in 1957.