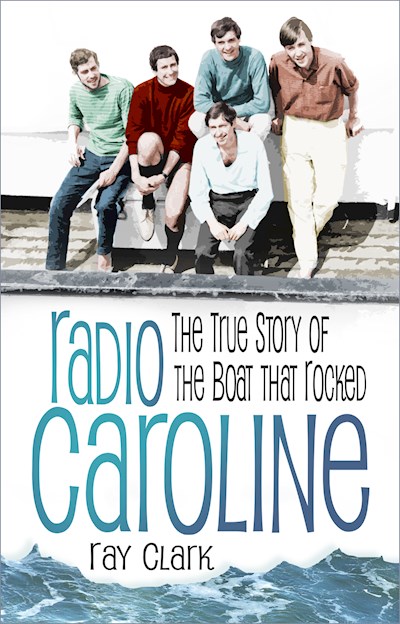 In March 1964, a ship with a towering 168ft-high steel transmitting mast anchored just beyond British territorial waters, started to broadcast . . . And a legend was born. RADIO CAROLINE was the world’s most famous pirate radio station in the 1960s, ’70s and ’80s. But while thousands of listeners were tuning in across the country, it wasn’t always smooth sailing behind the scenes. Though she was financed by respectable city money men initially, Caroline faced many challenges: political opposition, financial worries, technical problems and, of course, the dangers and difficulties of the sea. She defied authority, helped to transform attitudes and promoted musical innovation, love and peace throughout her trials. Radio Caroline is remembered as an icon of the Sixties but actually continued on through the Seventies and Eighties, and still broadcasts today. Featuring unpublished interviews with the ‘pirate presenters’ who were there, Ray Clark, former Radio Caroline DJ, tells the captivating story of the boat that rocked.