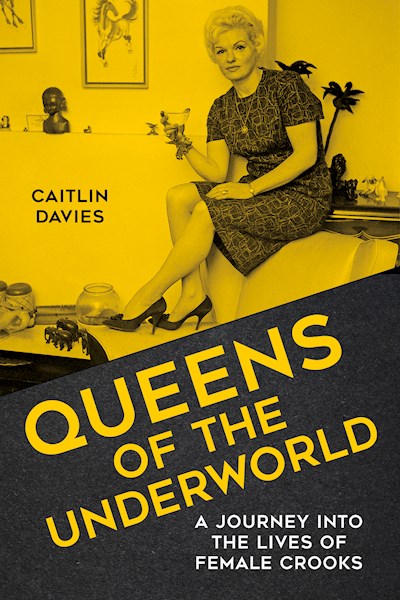 'This book is an extremely important part of women's social history. Read it!' - Maxine Peake

Robin Hood, Dick Turpin, Ronnie Biggs, the Krays … All have become folk heroes, glamorised and romanticised, even when they killed. But where are their female equivalents? Where are the street robbers, gang leaders, diamond thieves, gold smugglers and bank robbers?

Queens of the Underworld reveals the incredible story of female crooks from the seventeenth century to the present. From Moll Cutpurse to the Black Boy Alley Ladies, from jewel thief Emily Lawrence to bandit leader Elsie Carey and burglar Zoe Progl, these were charismatic women at the top of their game. But female criminals have long been dismissed as either not ‘real women’ or not ‘real criminals’, and in the process their stories have been lost.

Caitlin Davies unravels the myths, confronts the lies and tracks down modern-day descendants in order to tell the truth about their lives for the first time.