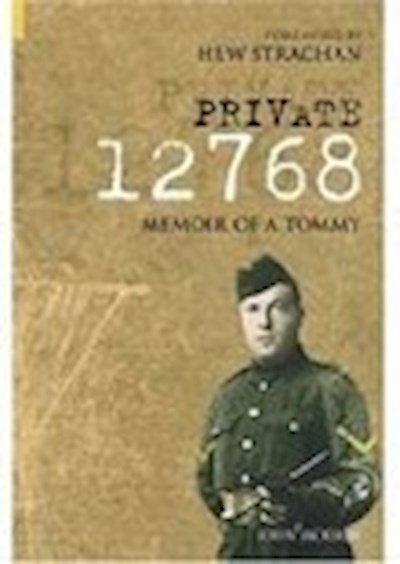 A newly discovered account of life in the trenches that challenges our perception of how British troops viewed the First World War. There is no shortage of personal accounts from the First World War. So why publish another memoir? The principal reason is the tone of enthusiasm, pride and excitement conveyed by its author, Private John Jackson. Jackson served on the Western Front from 1915 until the war's end; he was present at Loos in 1917, on the Somme in 1916, in Flanders in 1917; he was on the receiving end of the German offensive in April 1918; and he took part in the breaking of the Hindenburg Line at the end of September 1918. Conditioned by Wilfred Owen's poetry and dulled by the notions of waste and futility, British readers have become used to the idea that this was a war without purpose fought by 'lions led by donkeys'. This narrative captures another perspective, written by somebody with no obvious agenda but possessed of deep traditional loyalties - to his country, his regiment and his pals.