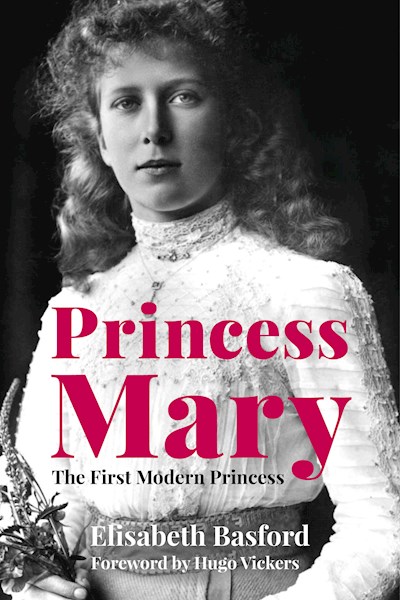 'At last a biography of Princess Mary, the Queen’s aunt – and a good one ... She has long deserved a full study and in Elisabeth Basford, she has found a dedicated and sympathetic biographer, who has done her full justice' - Hugo Vickers.

Princess Diana is seen as the first member of the British royal family to tear up the rulebook, and the Duchess of Cambridge is modernising the monarchy in strides. But before them was another who paved the way.

Princess Mary was born in 1897. Despite her Victorian beginnings, she strove to make a princess’s life meaningful, using her position to help those less fortunate and defying gender conventions in the process. As the only daughter of King George V and Queen Mary, she would live to see not only two of her brothers ascend the throne but also her niece Queen Elizabeth II.

She was one of the hardest-working members of the royal family, known for her no-nonsense approach and her determination in the face of adversity. During the First World War she came into her own, launching an appeal to furnish every British troop and sailor with a Christmas gift, and training as a nurse at Great Ormond Street Hospital.

From her dedication to the war effort, to her role as the family peacemaker during the Abdication Crisis, Mary was the princess who redefined the title for the modern age. In the first biography in decades, Elisabeth Basford offers a fresh appraisal of Mary’s full and fascinating life.