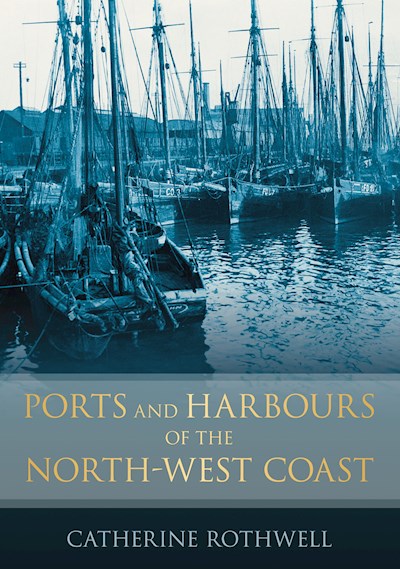 Who now would link such varied cargoes as slaves, stone, slate, cheese and wine – even shipbuilding itself – with Wardleys, Skippool, Sunderland Point, Silloth, Conishead or Bardsea? More than two centuries ago, shipbuilding was cheaper in the north-west of Britain. This stormy coastline was prized for its craftsmen and many harbours and calling places of refuge developed here. A number of them have long since disappeared, but their interesting history remains. Well-known local historian Catherine Rothwell has travelled the length of the north-west shores and conducted many interviews with locals. In this in-depth study, revising and expanding work originally undertaken thirty years ago, she looks back at the history of both the ‘ghost’ ports and such mighty names as Liverpool, Birkenhead, Barrow-in-Furness and Whitehaven. This illustrated book is sure to appeal to locals and sea-goers alike.