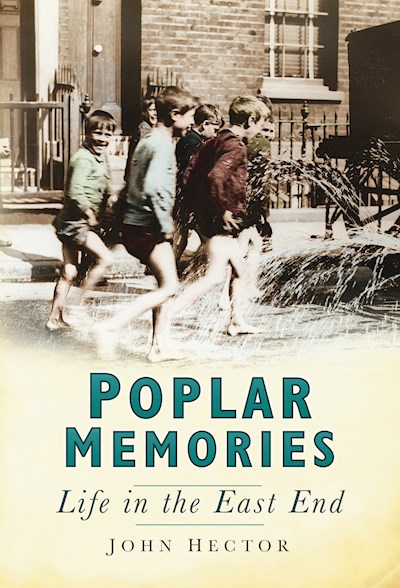 Poplar Memories is a vivid impression of Cockney London before and during the Second World War, set in a teeming, rundown docklands neighbourhood famous for being, well, one end of the Blackwall Tunnel. John Hector’s spellbinding account of his early life in the 1920s and ’30s conjures up a vanished era when simplicity and happiness went hand-in-hand. Halcyon days of ‘talking pictures’ and pavement buskers, Saturday night knees-ups round the piano, eel and pie stalls, chimneysweeps, ‘boxers’, Clarnico’s toffees and Lloyd Loom furniture, and a little shop called Woolworth’s selling ‘nothing over sixpence’ – unless it’s a shilling. All this was to disappear forever in the horrors of the Blitz. The author was disabled by infantile paralysis – yet he became School Captain and embarked on a successful career at 14, surviving extreme poverty, panel doctors, dockers’ riots and Hitler’s Luftwaffe with an unshakeable belief in the ordinary people of Poplar.