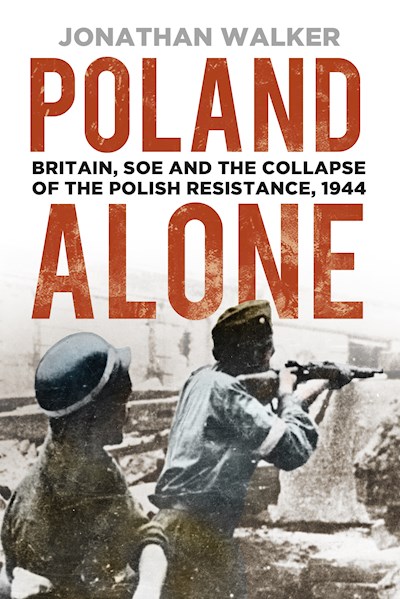 POLAND was the ‘tripwire’ that brought Britain into the Second World War, but neither Britain nor Poland’s older ally, France, had the military means to prevent Poland being overrun, and the broadcast, ‘Poland is no longer alone’ had a distinctly hollow ring. During the next five years the Polish Government-in-exile and armed forces made a significant contribution to the Allied war effort; in return the Polish Underground (Home Army) received only paltry quantities of supplies and men. Using veterans’ testimonies and previously classified material, Jonathan Walker examines the heroic attempts by elements of SOE and the RAF to aid the Poles, against a background of Allied inertia and calculating Soviet ambition. The war ended with over six million Poles dead, the crushing of their resistance movement and their culture, and the imposition of Soviet control. What more could Britain have done to help her loyal ally?