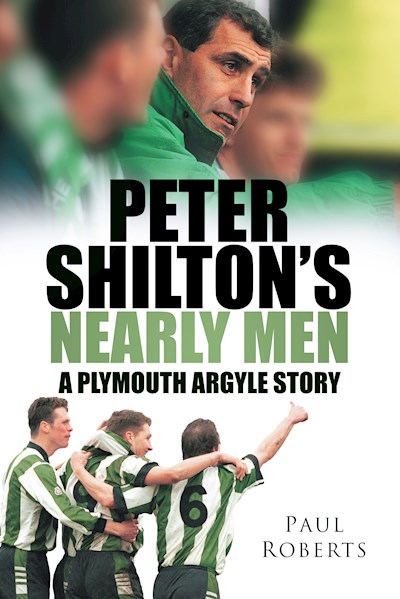 England legend Peter Shilton is one of the greatest goalkeepers ever to play the game. After retiring from international duty following his heroics at the 1990 World Cup in Italy, he took on his first management job with Second Division strugglers Plymouth Argyle amid a blaze of publicity. Having learnt his trade under managerial legends such as Alf Ramsey, Brian Clough and Bobby Robson, Shilton lavishly assembled a stylish team many Plymouth fans regard as one of the most exciting ever to grace Home Park. However, a cruel play-off semi-final defeat to Burnley was the catalyst for a chain of events that would reduce the proud Devon club to a national laughing stock and send Shilton tumbling towards financial oblivion and the managerial scrapheap. Peter Shilton's Nearly Men is the fascinating story of the England legend's ill fated three years in management. Paul Roberts has spoken to more than seventy players, directors and journalists to lift the lid on an explosive era that was marked by boardroom bust-ups, lurid tabloid revelations and a poisonous dressing-room atmosphere that culminated in an ugly punch-up - this is the full story behind one of the most turbulent managerial reigns in English football history.