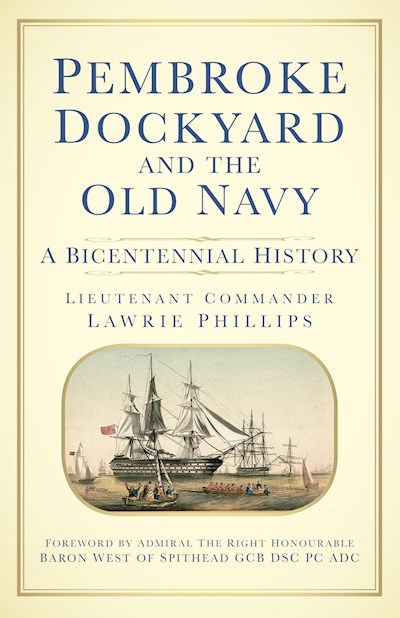 The Royal Dockyard at Pembroke Dock produced over 250 warships for the Royal Navy, including five royal yachts, between its founding in 1814 and its closure after the First World War. Prior to this, no ocean-going ships had ever been built on the south shores of Milford Haven, where the most complex piece of machinery used was the horse-drawn plough. Yet within twenty years Pembrokeshire men were building major British warships and they did so for the next hundred years. This long century, from the Napoleonic Wars until after the First World War, covered all the major changes in warship design and construction, from wood to iron and then steel, and from sail to steam, and paddle wheel to screw propulsion. In this authoritative and splendidly illustrated work, naval historian Lawrie Phillips, who was born and bred just outside the dockyard walls, tells the story of this royal yard, its ships and the Pembroke men who built them.